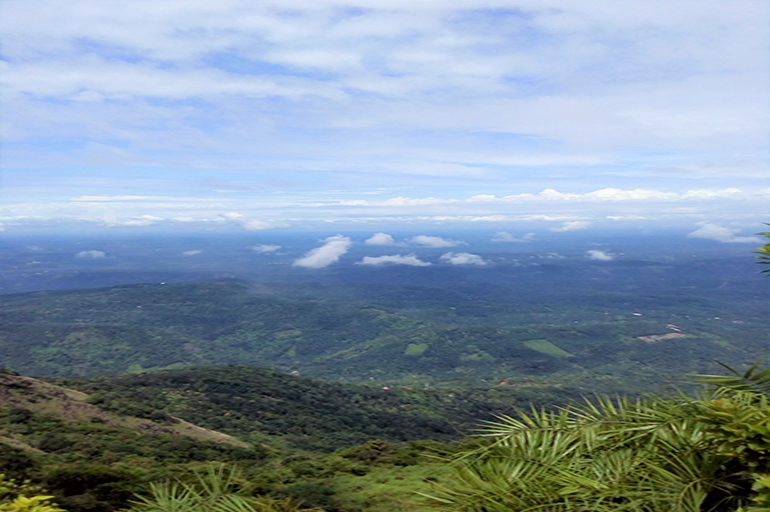 By: mistywindvalley Comments: No Comments

It is a major tourist attraction spot in Kottayam district of Kerala (India) boarder of Idukki Disttict. Situated about 6000 feet above sea level, it is also one of the highest peak in the western ghats. IllikkalKallu is a rock situated above Illikal Mala. The thing that makes this rock unique is that half of the rock has fallen off, and only the other half remains. This supplements the beautiful mountains which surrounds the rock.The nearest city is Theekkoy.
The View Point: IllikkalKallu or Illikal Rock is a common spot for picnics. The place is at a higher elevation that offers views of the lands below.Kattikayam Waterfalls is very near to the place at a distance not more than 2 kilometers from IllikkalKallu. The waterfalls are full during monsoon. Though there are no risks in visiting this waterfalls, visitors need to take care of slippery rocks. A trek of 2km through a dense forest leading to the falls is indeed a mesmerizing experience.
IllikkalKallu comprises three hills, each rising to 3400 ft. and above sea level. Each of the hills has a peculiar shape. One of them resembles a mushroom, which is why it is known as KudaKallu (umbrella shaped rock). It is said that the medicinal herb NeelaKoduveli grows here. This blue flower is also believed to possess supernatural powers, which could increase wealth and ensure a rich harvest. The second hill, has a small hunch on the sides and is therefore referred to as KoonuKallu (hunch back rock). Across this rock is a 1/2 ft. wide bridge called Narakapalam (bridge to hell). From the hilltops, the Arabian Sea can be seen in the over horizon as a thin blue stroke. The view of sunset from above the peak on the evening of a full moon day can be sensational: the moon can be seen rising up like another sun, as the orange sun goes down.